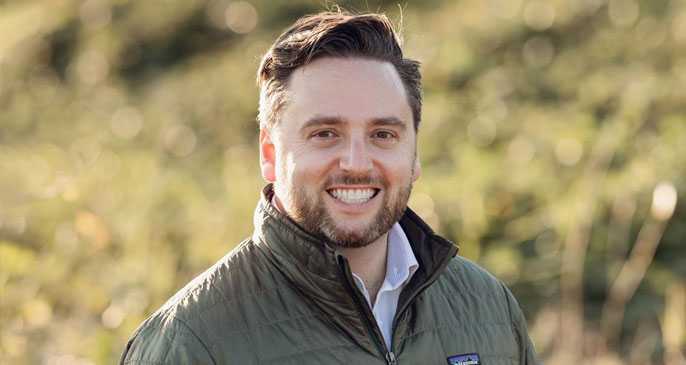 This article was originally published in Business in Vancouver on March 31, 2021.

I’m running to lead the BC Liberal Party because I believe in a better B.C. for people and families.

As B.C. approaches a crossroads of post-pandemic recovery, BC Liberals are at a crossroads between decline and renewal.

Grassroots supporters want to turn the page on the past and look to the future with new energy, new ideas and new leadership. They want to invite new, younger and more diverse supporters into the tent, reclaim the middle ground and be proud to be called BC Liberals – or a new name. They want to pass the torch to someone who won’t burn the house down.

I’m not an elected politician. I haven’t been part of a BC Liberal government before. I’m not a star candidate. I don’t have a big money machine behind me.

For me it’s all about family and the future I want for my kids, Abby and Evan. I believe we can make B.C. better for all people and all families.

That starts with a belief in the promise of B.C.

My parents came to Canada without much. They built a life here because they believed they could make things better for their children. It’s time for my generation to do the same.

Growing up, B.C.’s heartland put food on our family table. As the son of a teacher and a mining engineer, I worked summers in a downtown Vancouver office, filing plans for projects that helped build B.C.

As a professional, I’ve proudly helped create thousands of family-supporting jobs across urban and rural Canada, by unlocking billions of dollars in major projects.

I’ve spent my career bringing people together across business, government and communities to get things done, whether on education, housing, transit, resources, gaming, tech or addressing climate change. My current focus is on building an Abbotsford innovation hub for agricultural technology and food security.

As I’ve launched businesses, helped my wife Erin open desperately needed child care spaces and worked on nation building projects like the Trans Mountain Expansion, one thing stands out. People invest their time and energy to build things that benefit everyone when they believe the future will be better than today.

As light begins to pierce the pandemic fog that has kept us apart for so long, it’s time to bring people together and restore belief that a better B.C. is possible for everyone.

Recovery is a time to invest in people. According to the Business Council of BC, 42% of British Columbia’s jobs have significant potential for automation in the next two decades. In this unstable job market, many people are considering shifting careers or upgrading. I would retool B.C.’s Emerging Economy Task Force, drive ambitious policies to equip workers with in-demand skills, remove barriers to entry for in-demand careers and future-proof B.C. for the disruptions to come: climate change, geopolitical change and the changing nature of work.

For the BC Liberal Party to rebuild its relevance to B.C.’s small business community, we must build on our traditional strengths by welcoming new industries, entrepreneurs and ideas into the conversation. The next generation’s business leaders creating the tech-oriented jobs of the future share our core values of common sense and equal opportunity, but many don’t see themselves in our party today.

For example, we’ve turned our noses up at the legalized cannabis sector that is creating thousands of jobs. Both major parties have missed opportunities to hasten the transition from a black market to a properly regulated, tax-paying industry that keeps drugs out of the hands of kids and profits out of the hands of gangsters.

The “work from anywhere” response to the pandemic accelerated an outflow of young urbanites to suburban and rural B.C. That’s good for families who are finding new homes, but upward pressure on housing prices will create affordability challenges in places like Sechelt, Langford and Nelson unless we move fast on housing and jobs. This is a critical moment for a serious conversation about the infrastructure needs of an interconnected British Columbia, like broadband internet.

We need to bring back hope and restore the promise of a better B.C. for people and families who are struggling, and for entrepreneurs and investors who are deciding whether to build something exciting here – or somewhere else.

The choice is clear: we can cling to yesterday, or look to tomorrow with new energy, new ideas and new leadership.

The cumulative tax burden keeps growing under John Horgan and the BC NDP. So does red tape, which studies show is an even bigger drag on economic growth.

As Premier, I’d take a more holistic, forward-looking approach, starting with a properly funded and mandated Ministry for Rural Communities.

Read more
Childcare affordability is critical. So is choice
Sep 16, 2021

Parents need both affordability and choice in childcare, and all childcare providers deserve dignity, autonomy, and equality of opportunity.