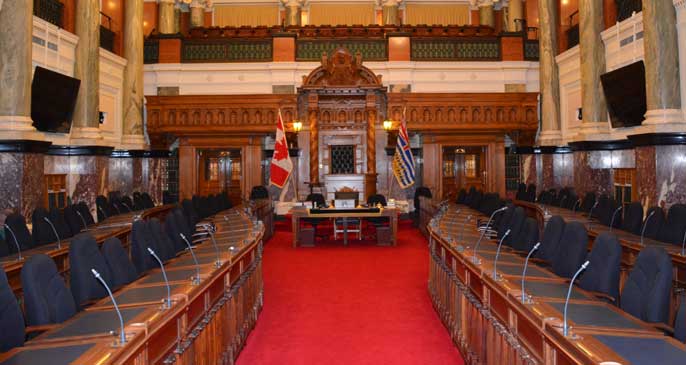 This article was originally published in The Orca on January 21, 2021.

The US has shown what happens when the politics of division goes too far. BC needs to take a different course.

After Trump, let’s hope a politics of ideas can begin to replace the politics of zealotry.

An era of hyperpartisanship and hyperpolarization has seen American politics descend into tribalism, insurrection, even the threat of civil war. That divisiveness has inflamed political discourse around the world. Although those of us north of the border like to view this as an American problem, it’s not.

Watching the Trump presidency end, wracked by final spasms of violence and recrimination, we British Columbians are not just spectators, and we are not immune.

The last several years of B.C. politics have seen far too much focus on division. Ideas have been left out in the cold, along with the hopes of so many voters. A huge amount of time and energy has been spent dividing people over wedge issues, digging up dirt, and relitigating past policies.

Not nearly enough energy has been spent finding real solutions to the challenges and opportunities of the quickly-changing 21st century economy. Where the jobs of tomorrow (or in some cases, those of today) will come from, how we can ensure people have the skills needed for those jobs, and how to pay for the services families need.

Watching election coverage – whether from the US or here in B.C., you would be forgiven for not realizing that climate change, disruptive technologies, and the political and economic implications of a shifting geopolitical landscape are far more pressing and have far more impact on families than a race to the bottom on divisive issues and personal missteps.

It’s no wonder people are turning away from politics.

To meet these challenges, we need to choose a politics of inclusion and ideas – focused not on the issues that tear us apart, but on those that build bridges across geography, identity, and ideology. Big money and big egos can no longer be allowed to take the front seat over big ideas.

Liberals, Conservatives, New Democrats, and Greens are not enemies and politics is not war. Politics belongs to family dinner tables across B.C., not just to downtown boardrooms and government offices. We are all people with issues and ideas, and we can do better if we choose to.

The upcoming BC Liberal leadership race is an opportunity to turn that corner.

Last fall, voters sent a loud and clear signal that they want the BC Liberal Party to renew and modernize; to humble itself, rebuild its accessibility and accountability to the grassroots; and demonstrate servant leadership.

You can’t fake change and you can’t fake renewal. We need actual change and actual political renewal to re-engage with British Columbians and reflect their priorities and needs for the future.

How do we evolve government for the 21st century? How do we create a digital-first approach that gets to yes faster and more efficiently – not just on major projects that create thousands of family-supporting jobs, but on the everyday government services people rely on?

Kneejerk deregulation isn’t the solution, but we need a “common sense audit” that leads to smart, balanced regulation that respects both workers and job creators.

We must create stronger policy and political capacity to effectively and compassionately respond to skills-biased technology change. These changes, which are coming whether we like them or not, will create huge opportunities for some – but potentially disrupt the livelihoods of many.

Teaching kids coding in schools is important, but we will also need to plan and respond for the inevitable disruption of entire industries. We need to start talking about it now, not once it’s already a crisis.

All British Columbians, no matter how they vote, need the BC Liberal Party to be looking forward and not only be prepared for that change, but embrace the opportunities it will bring for us, our children, and grandchildren.

No one is born with a birthright to govern. Political power should not be taken for granted – and it must not be bought, but earned.

That starts with ideas. So let’s start talking about ideas for the future we want; a B.C. for families.

Gavin Dew is a 37-year-old dad of two, and a seasoned entrepreneur, business leader, and community builder.